The 5 Best Arcades in Melbourne

Melbourne is known for its colourful laneways, but also for its majestic arcades. These arcades date back to 1870 – making them some of the oldest in Australia. These arcades are filled with small retailers, cafes and lots of history. They’re all based in the city centre, and they’re free to wander through – let’s start to explore them! Built in 1870, the Royal Arcade is not only Melbourne’s most popular arcade but also the oldest in Australia.

The Royal Arcade is a marvel to walk through, with checkered tiles and glass ceiling, making it a great photo opportunity. It is easily one of the city’s best tourist attractions.

Like most of the city’s arcades, Royal Arcade is filled with small independent producers.

At the Little Collins St end, there are two giant carvings of the mythical figures, Gog & Magog: biblical figures that were said to be allies of Satan. They stand flanking a large clock that was designed by Thomas Gaunt, once ‘the only watchmaker of the Australian colony.’ Visit on the hour and you’ll see them both ring the bells. 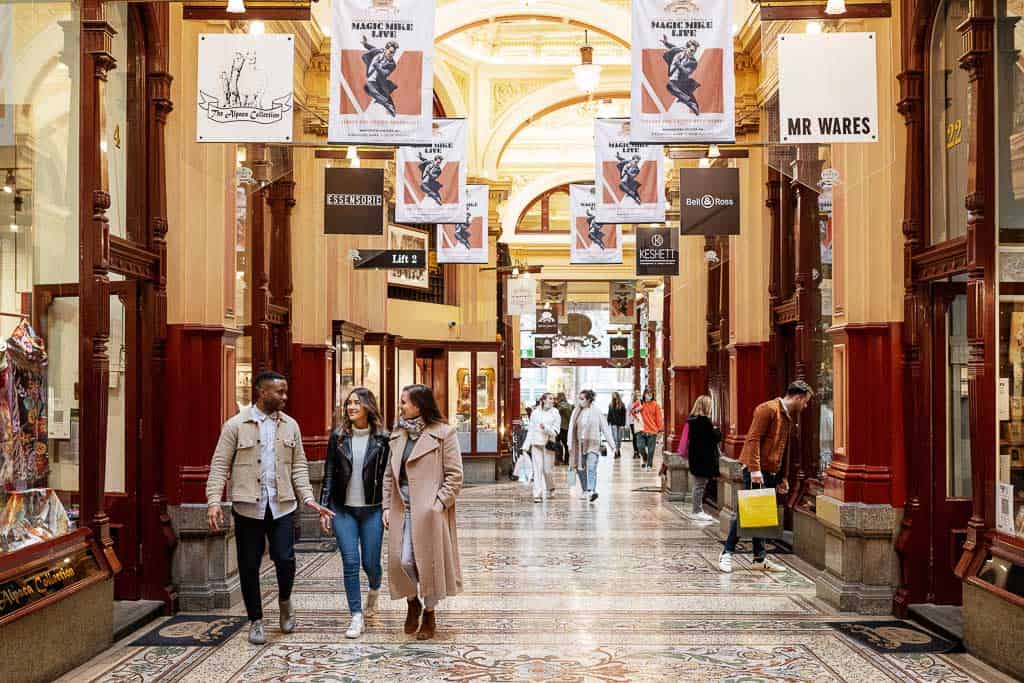 The Block Arcade is the finest example of a 19th-century shopping arcade in Australia, standing in stark contrast to the amazing bohemian laneways. Originally called Carpenter’s Lane – The Block Arcade features a mosaic floor, carved stone finishings, and a beautiful glass dome centerpiece.

It’s home to a collection of boutique retailers, including the Tea Rooms 1892 – the original location of the iconic Hopetoun Tea Rooms. Opened in 1892 by Lady Hopetoun (the wife of the Victorian Governor,) these tea rooms provided a place for women to relax in between their day of shopping.

The Block Arcade was named after a peculiar pastime that would take place on Saturday mornings. From the 1860s – right up until the 1930s – men and women would dress nicely, and walk the block; it was a social event, where people could be seen. This was referred to as ‘doing the block.’

The most magnificent feature of the Block Arcade is the glass dome. Architect David C. Askew was asked to take inspiration from the Galleria Vittorio Emanuele in Milan – Italy’s oldest active shopping centre – and it’s a striking copy.

Cathedral Arcade is small but definitely worth a visit. On Swanston St, opposite St Paul’s Cathedral, this tiny arcade acts as the entrance to the Nicholas Building.

Featured on both the heritage list and the national trust, the L-shaped arcade is home to several boutique clothing retailers.

Built in 1926 – in the Greek revival palazzo style – the Nicholas Building is now a creative hub, home to boutiques, design studios, and small start-ups. The Manchester Unity Building has our favourite facade in the city. Built in 1932 during the great depression, it was a symbol of hope during a time of despair.

At night the tower lights up, and it has become one of the most popular sites for visitors during Melbourne Open House.

On the ground floor is a small arcade, which houses a cafe. The interior is beautiful, with the walls made of Australian marble, and the elevator doors of bronze. Just off Little Collins Street is Howey Place, an arcade that stands in stark contrast to most others; it looks dingy and uninviting, but it is worth the wander.

Originally a nondescript back alley, Howey Place was revitalised in the late 1800’s when Edward William Cole – owner of Cole’s Book Arcade – decided to use his own money to give it a new life.

He added a glass, wrought iron canopy as well as glass-fronted stores that ran along the lane.

Head in further to find Presgrave place, and small laneway filled with interesting street art, and a laneway cocktail bar. The Best Things to do in Melbourne The 5 Best Student Bars in Melbourne 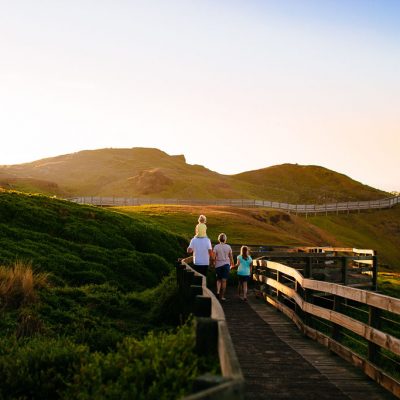 Expert tips for tourists, from a local.
Read more